DOHA, Oct 3 (Reuters) - Qataris voted on Saturday in the Gulf Arab state's first legislative elections for two-thirds of the advisory Shura Council, a process that has stirred domestic debate about electoral inclusion and citizenship.

Turnout for the election of 30 members of the 45-seat body was 63.5%, the internal ministry said in a statement early on Sunday. The ruling emir will continue to appoint the remaining 15 Council members.

The Council will have legislative authority and approve general state policies and the budget, but has no say in the setting of defence, security, economic and investment policy for the small but wealthy gas producer, which bans political parties.

"With the chance to vote, I feel this is a new chapter," Munira, who writes children's books and asked to be identified by only one name, told Reuters. "I'm really happy about the number of women standing as candidates."

Preliminary results show that voters elected none of the 26 women who stood among the 233 candidates across 30 districts in the country, which has for several years held municipal polls.

Men and women voted in separate sections. Ahead of closing, a large crowd cast their ballots in a marquee in the outskirts of the capital Doha, including members of a main tribe, some of whose members had protested over narrow voting eligibility.

"At the end of this day, the people of Qatar, they're going to be part of the decision making," said candidate Sabaan Al Jassim, 65, in the Markhiya district.

The election, approved in a 2003 constitutional referendum, comes ahead of Doha hosting the World Cup soccer tournament next year. 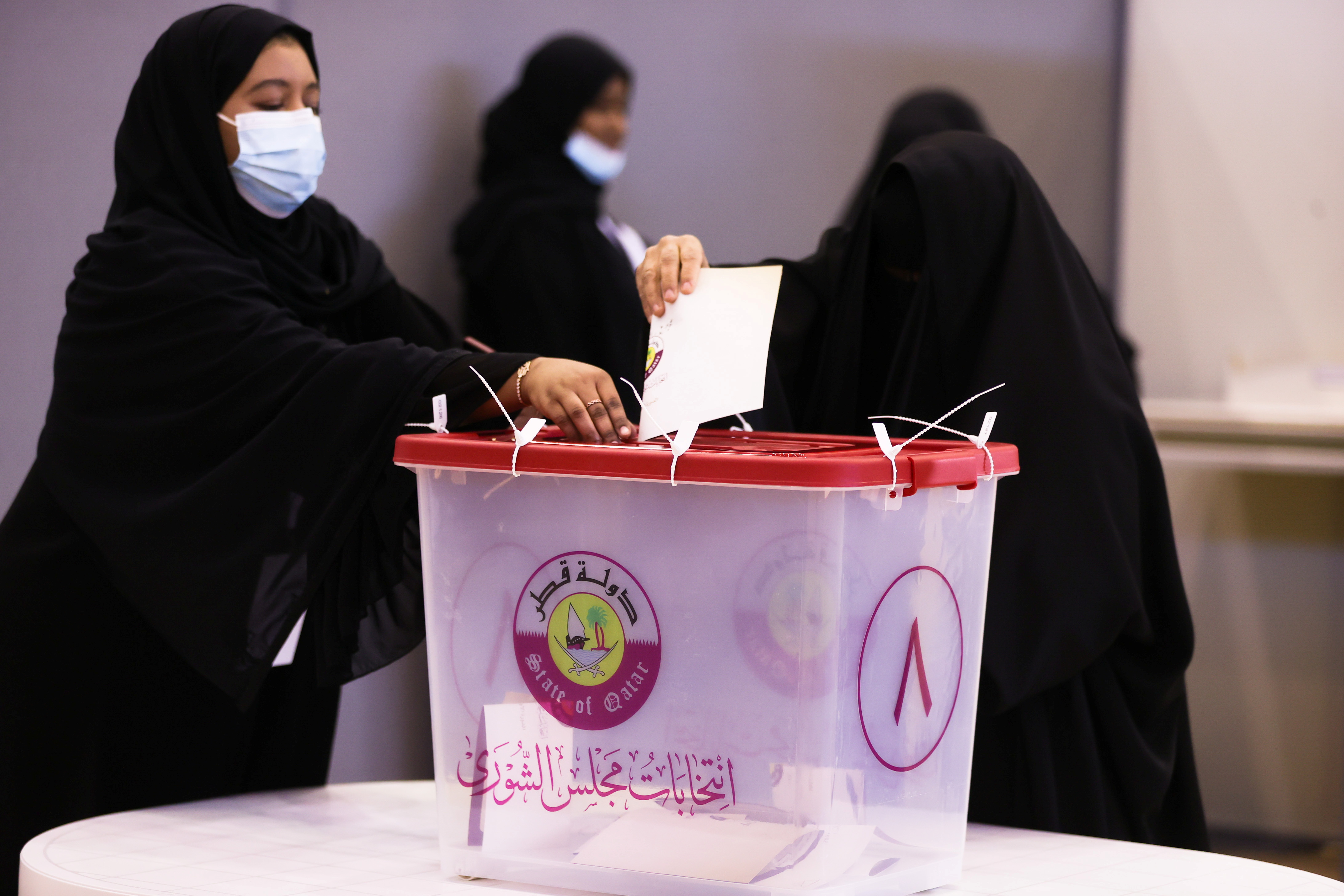 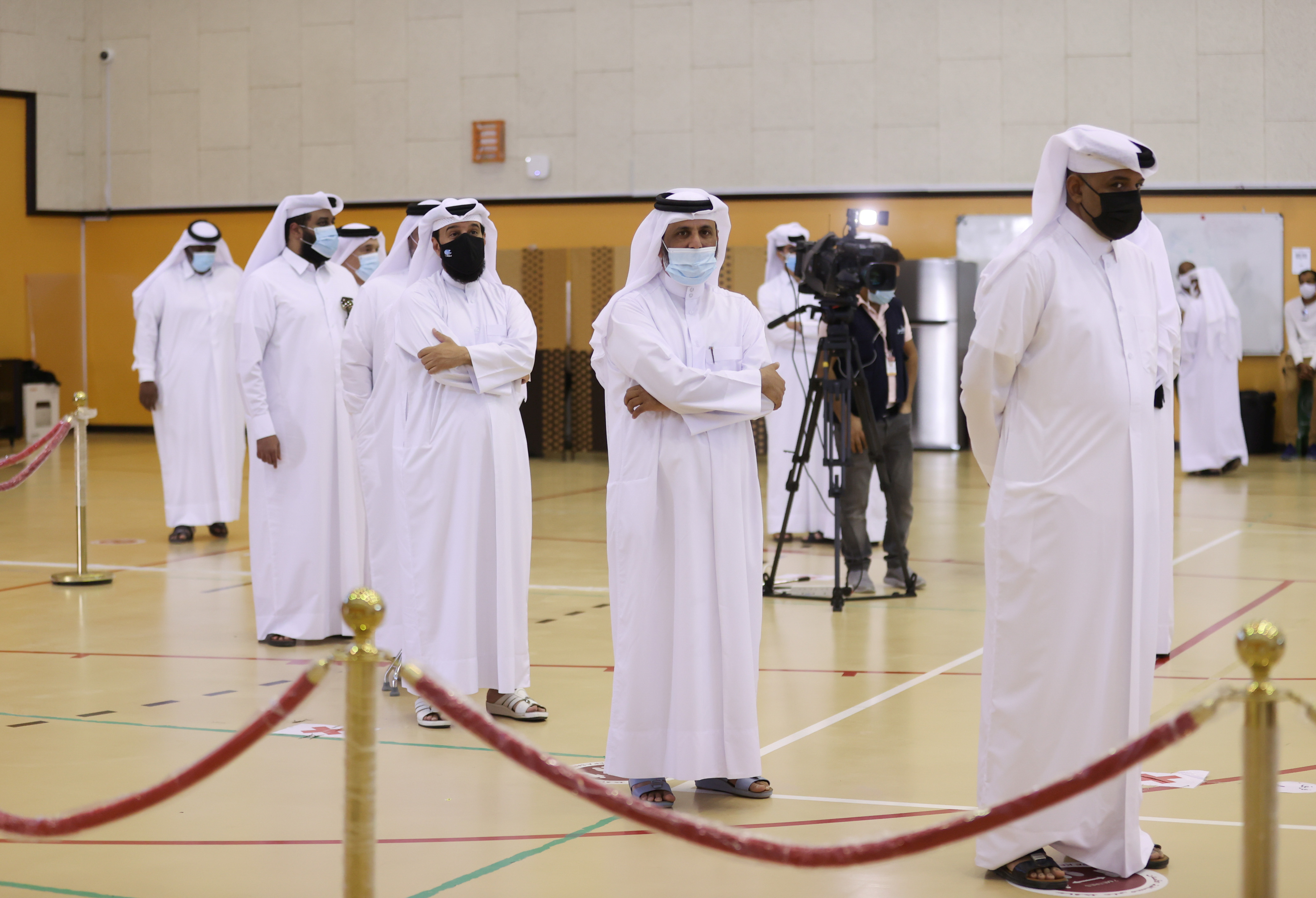 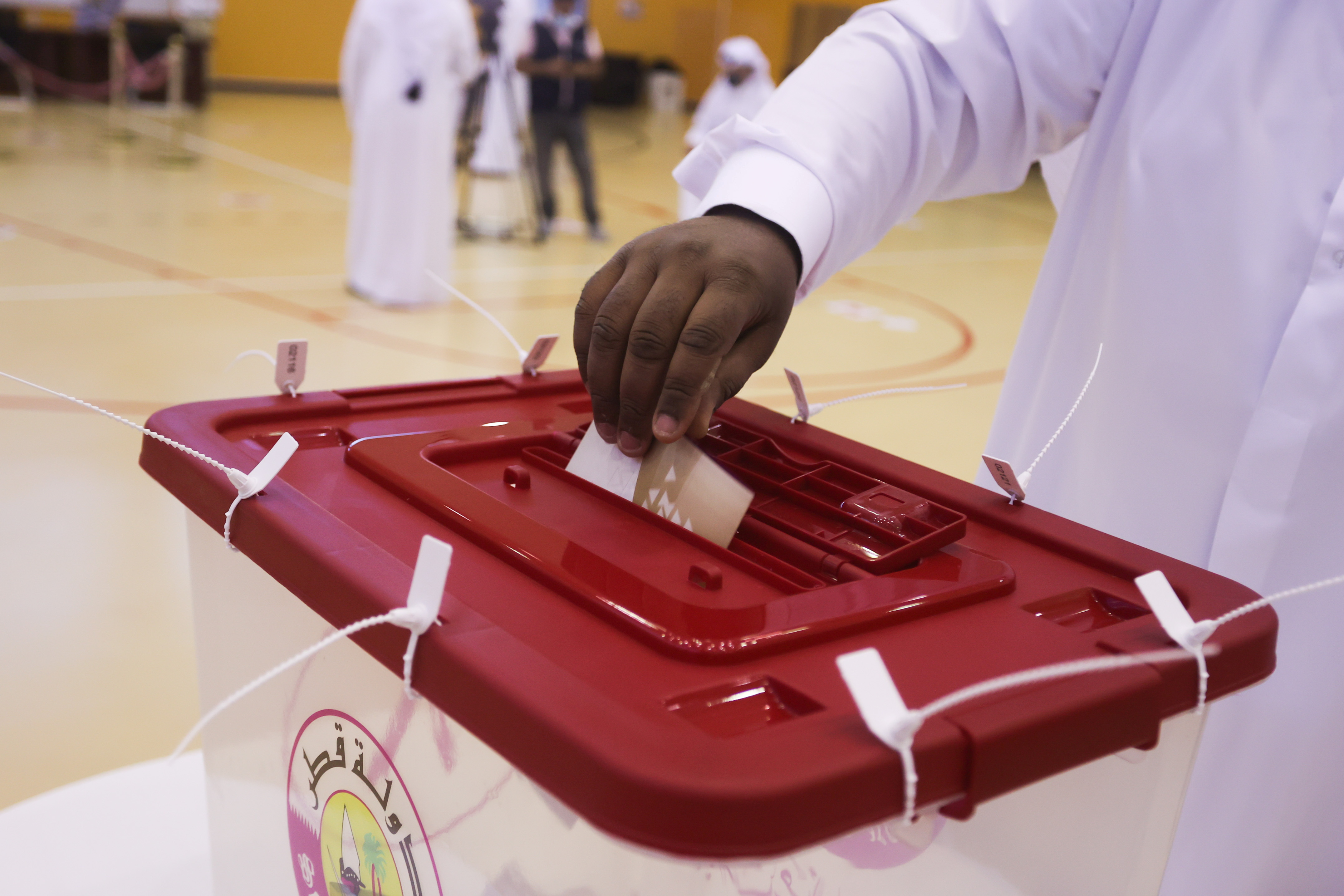 Qatar's deputy prime minister and foreign minister, Sheikh Mohammed bin Abdulrahman al-Thani, last month described the vote as a new "experiment" and said the Council cannot be expected from the first year to have the "full role of any parliament".

Kuwait has been the only Gulf monarchy to give substantial powers to an elected parliament though ultimate decision-making rests with its ruler, as in neighbouring states.

The huge number of foreign workers in Qatar means nationals make up only 10% of the population of 2.8 million. Even then, not all Qataris are eligible to vote.

The polls have stirred tribal sensitivities after some members of a main tribe were ineligible to vote under a law restricting voting to Qataris whose family was present in the country before 1930.

Dafi Al Merri, a 30-year-old member of the Al Murra tribe, some of whose members led small demonstrations in August against the law, said the issue can be addressed by the new Council.

"We will have a good candidate to solve it, to talk about this law or any other issue in the future," he said.

Human Rights Watch has said thousands of Qataris are excluded from voting. The organisation said Qatar arrested about 15 demonstrators and critics of the electoral law during the protests. A Qatari source with knowledge of the matter said two people were still being held "for inciting violence and hate speech".

The foreign minister has said there is a "clear process" for the electoral law to be reviewed by the next Shura Council.

"The Qatari leadership has proceeded cautiously, restricting participation in significant ways and maintaining important controls over the political debate and outcomes," said Kristin Smith Diwan of the Arab Gulf States Institute in Washington.

But popular politics is unpredictable, she said. "Over time, Qataris may grow to see their role and rights differently as this public forum develops."