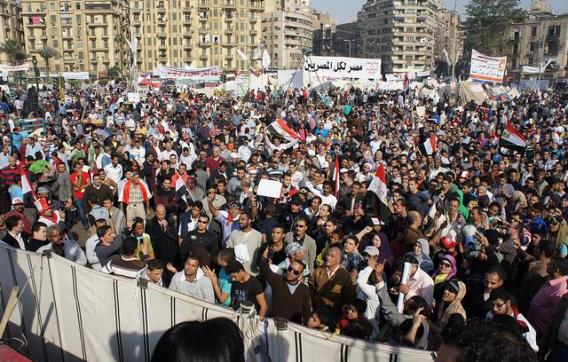 Taking advantage of the 'success' of his mediation in the recent conflict between Israel and Hamas, Egypt's President Mohamed Morsi has engineered a self-coup. Amid a context of “Morsimania” - with the foreign press given over to glowing analysis of his personality and pragmatic foreign policy – President Morsi announced on 22 November, via his spokesman Yasser Ali, a new constitutional declaration of seven articles that places him above the law and the country's institutions. Justified as protecting the state from elements of the former regime and furthering the objectives of the revolution, Mohamed Morsi assumes with this declaration, absolute presidential powers and concentrates in his hands the executive, legislative and judicial branches of government.

It is well to remember that Morsi was the backup candidate fielded at the last minute by the Muslim Brotherhood's political party, Freedom & Justice, and that he won 51% of the vote in the second round of the presidential elections with a turnout of 52%. In other words, he lacks truly broad public support. However, since taking power five months ago, Morsi has governed without seeking consensus, deflecting attention from the country's internal problems towards regional conflicts such as Gaza, just as his predecessor, the deposed Hosni Mubarak, did before him.

Against a backdrop of growing discontent with his administration, President Morsi's coup de force has driven the normally fragmented liberal and secular opposition to unite against him. He has managed to bring the judiciary, the press and the main revolutionary forces back onto the streets and squares of various Egyptian cities to demand the withdrawal of the decree. The main opposition leaders, Nobel laureate Mohamed ElBaradei, the Nasserist Hamdeen Sabahi and the former Arab League Secretary-General, Amr Moussa, among others, have created a 'National Salvation Front'. For the first time since Mubarak's fall they have held a joint press conference and seem to be forming a common front in this fight against Morsi and the Muslim Brotherhood. Among their demands are the withdrawal of the constitutional declaration and the dissolution of the Constituent Assembly. Other opposition groups have gone even further and demand the president's resignation and the establishment of a presidential council that will head the country until a new president and parliament, as well as an assembly to write a new constitution, can be elected.

“The people want the fall of the regime” can again be heard in the symbolic Tahrir Square, occupied anew by revolutionary forces. Egyptians no longer accept the excesses of their governors and demand genuine rule of law. To avoid repeating the errors of the past, both Morsi and the international powers should listen to the calls of Egypt's citizens instead of opting for a model of stability based on authoritarianism and abuse of power.