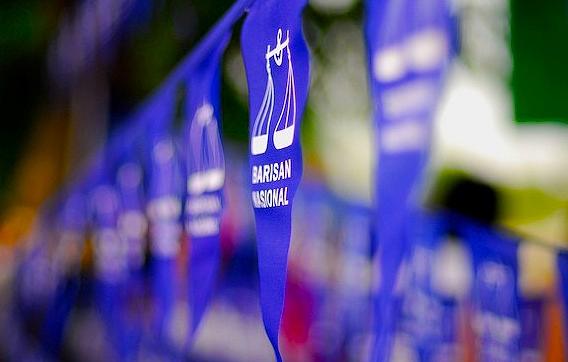 Its 2013 and at long last 'election year' in Malaysia. So ends the period of continuous rumours about the date of the elections which began early 2012 and has been circulating incessantly in the news media ever since. Before the end of June 2013 a new national parliament will be elected. According to the opinion polls offered by different media outlets and polling agencies, these elections will be the closest ever, while the election campaign will be dominated by several key issues such as corruption, racial discrimination in favour of the Malay majority and economic growth.

The next general elections will provide answers to two key questions about Malaysia's short-term future.

The first is whether Barisan Nasional (The National Front) which has dominated politics in the country since independence will be capable of winning the elections again, and if so, with what margin of victory. In the most recent general elections held in 2008, Barisan Nasional lost its two-thirds majority for the first time ever, which sparked a political crisis in the party costing the former Malaysian Prime Minister Abdullah Ahmad Badawi his job and obliging the coalition to introduce new measures in every area of government, as well as a new political leadership personified by current Prime Minister Datuk Seri Najib Tun Razak. It is this leadership that is in play in the upcoming elections.

For this reason, there is a real possibility of a major political change taking place, even if the latest polls released indicate that Barisan Nasional could retain power if it maintains its solid electoral strength in rural Malaysia.

The second question relates to how well the opposition can do. Three minority parties, the Democratic Action Party, the Islamic Party of Malaysia and the People's Justice Party have united in a coalition called Pakatan Rakyat or People's Pact. Politically and electorally stronger than in the past, the opposition has to confirm its political rise by increasing its number of seats and demonstrating whether it is capable of being a solid alternative to Barisan Nasional or just a lightweight opponent.

The mobilisation of the two electoral machines – both the government's and the opposition's – has already begun. For now it's the opposition which has given a bigger show of force. Last weekend Pakatan Rakyat held the biggest political event it had ever staged in opposition to Barisan Nasional. The event gathered more than 45,000 people in Kuala Lumpur and marked the kick-off an electoral campaign for elections which though still dateless, are certainly going to be close and marked by a strong dose of verbal violence as recent events in the country have made clear.