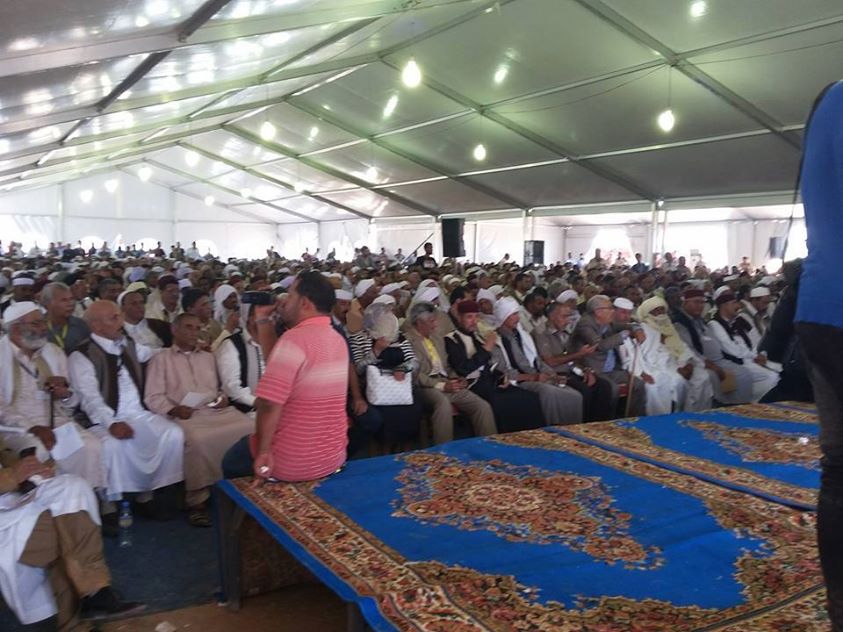 Representatives from Libyan tribes have set up a Supreme Council of Tribes. The decision was made at yesterday’s  Conference of Libya Tribes and Cities. Held in Soloug, south of Benghazi, it was attended by some 2,000 members of different tribes from across the country.

The council, to comprise 240 members (80 each from Tripolitania, Cyrenaica and Fezzan) is to act as an advocate for the tribes’ concerns as well as a conflict resolution body between individual tribes. According to officials who organised yesterday’s conference, it will have no political role.

Pledging allegiance to the House of Representatives and the Libyan National Army (although there was no mention of Khalifa Hafter), the delegates said that dialogue was the only way out of Libya’s current crisis. However, there was also no ringing endorsement of the UN-brokered Libya Dialogue negotiations still taking place in Skhirat, Morocco. On the contrary, the tribes said that solutions to Libya’s problems had to come from within Libya and that they could play an important role in getting the country out of its present mess.

Libyans had to put their differences aside, they stressed, and unite to confront terrorism, the biggest threat to the country.

Meeting at the invitation of the local council, with security provided by the LNA, the delegates called for transparency in all official financial dealings (including financial disclosures in funding), a media code of conduct to curb the spread of rivalry and hatred, and an end to tribes and family groups giving protection to members involved in violence and crimes.

The conference was to have taken place in Soloug in June but was postponed at the last minute allegedly because of security issues.