The political situation in Mali following the French intervention 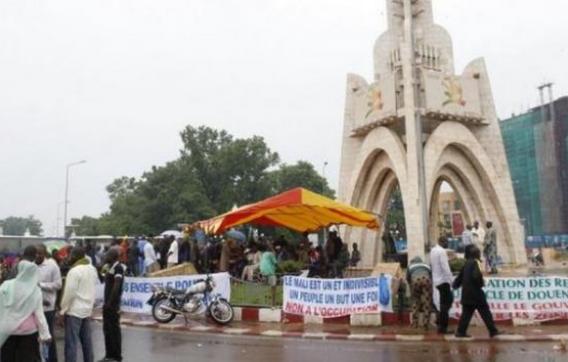 The coup d'état which overthrew President Amadou Toumani Touré back on 22 March 2012 prepared the way for the loss of three quarters of the country. Despite the restoration of constitutional normality in Bamako and the country's south, with an interim president and a national unity government, the shadow of Amadou Haya Sanogo, the young soldier who led the uprising, remains present in power circles. However, the recent military offensive in central Mali of armed Islamists could indirectly alter the balance of power in the south. The official request for help from France, made by interim President Dioncounda Traoré, has reinforced his position on the country's political stage.

In recent months Captain Sanogo vehemently opposed the intervention of foreign troops in the country, especially their presence in the capital, but the speedy French intervention was widely lauded by the Malian population. Obliged to change his tone, the captain expressed his gratitude for France's 'vital' support against the jihadist offensive, in a visit to soldiers wounded in the fighting,. From the military headquarters in Kati, 15 kilometres from Bamako, Sanogo – the young officer now president of the military reform committee - has acted like a third power behind the scenes, constantly influencing the government's decisions as well as the makeup of the successive transitional cabinets. His influence was demonstrated unequivocally last December when he forced the resignation of the then-interim prime minister – an episode that has been deemed a second coup d'état.

Since the coup the Malian political elite remains divided into two opposing camps. Pro-Junta groupings of associations and parties accept the forcible overthrow of former President Amadou Toumani Touré and reject any international military presence in Mali. Their leaders have greeted the French intervention with silence, downplaying in their speeches France's involvement in the recovery of national territory and emphasising their support for the army's efforts in the north. One day before the arrival of the French military assistance, the leaders and followers of these groups demonstrated en masse in the streets of the capital to again put pressure on interim President Traoré and demand national consultations as a step towards a new transition. For their part, the parties opposed to the coup have for months been demanding an international intervention as the sole means of limiting the influence and power of Sanogo.

The politicial crisis Mali has been going through since 22 March 2012 coup has been moderated by the intervention of France and several African countries. However, if alongside the combat against the terrorists in the north nothing is done to restore democratic normality in the south, political instability in Mali could re-emerge.