First Presidential debate: Much ado about nothing. 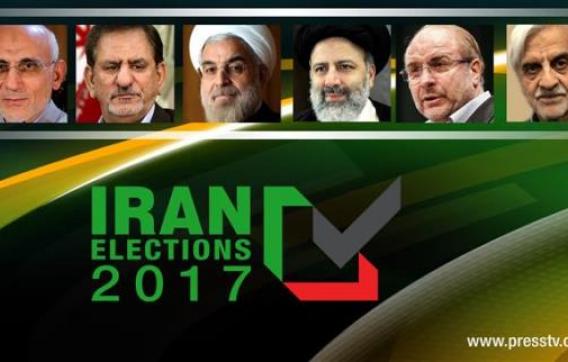 The first three hours presidential debate on April 28th revolved around social and cultural topics. It was organized on 12 questions, distributed among the six candidates –Hassan Rohani, Mohamad Baqer Qalibaf, Ibrahim Raisi, Eshaq Jahangiri, Mostafa Mirsalim y Mostafa Hashemi Taba–, with a fixed time for answers and comments; it did not clarify any of the candidates’ programs regarding these aspects, but it did draw up which the main discussion axis is going to be along the campaign: Rohani, Jahangiri and Hashemi Taba on one side, Qalibaf, Raisi and Mirsalim on the other.

Firstly, Qalibaf proved being the fiercest critic of Rohani’s administration, and maybe the most serious candidate on the conservative spectrum in order to prevent the current president’s reelection.  At least twice they both engaged in an intense discussion, with the president accusing Qalibaf of lying and twisting Rohani’s former electoral promises. Qalibaf focused his interventions on the “96% deprived population”, facing the remaining priviledged “4%”, justifying the subsidies policy implemented by Ahmadinejad’s former administration, who was acknowledged, without naming him, for his concern for the poor.

Also, it was clear that Jahangiri will take part in the debates more as Rohani’s squire and advocate of the government’s program than as a candidate himself, which even generated the only cheerful moment of the debate. Jahangiri used all his time highlighting the current administration’s achievements regarding social and environmental issues, answering back Qalibaf’s accusations who was criticizing his city hall management of Teheran, while Rohani was standing up for what he considered to be Qalibaf’s “three slanders” during the debate. The other reformist candidate, Hashemi Taba, had a modest role, without criticizing the government, rather supporting the reformist role of the public administration, but without arguing with the three conservative candidates.

The other candidates, Mirsalim and Raisi, had a too low profile to decide the support of the different conservative groups in favour for any of them, and they did not distress neither Rohani nor Jahangiri. With three candidates, together with Qalibaf, disputing over the conservative vote, the former seems to have shown more push to begin the battle against the current administration.

It draws attention that, at least in this first debate, Raisi has not shown why he has been named so much over the past weeks, and how he hopes to appeal Rohani’s critical voters. During his last two conclusion minutes he questioned for the first time the current administration for its breached promises, and asseverated he has a “plan to generate a million jobs”, but without providing further details.

The next debates will be on May 5th (Politics) and May 10th (Economy). It is expected that based on the opinion polls some of the conservative candidates will withdraw from the game to favour a sole candidacy, although nobody has yet confirmed they will. In the pro-governmental level, it is expected that Jahangiri will withdraw once the third presidential debate is over.

The compete debate is available in Englis in the following links: