Can Bosnia & Herzegovina survive outside the EU? 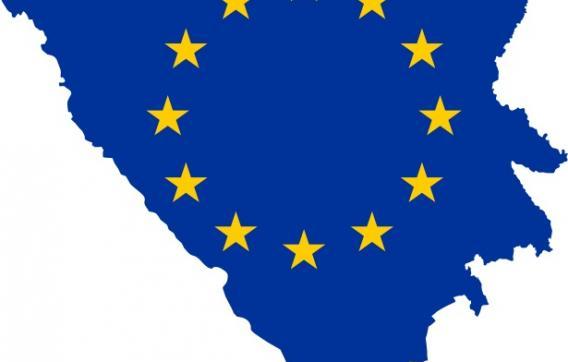 Even though the European Union is undergoing a serious political and economic crisis, casting doubt on its aspirations for achieving genuine continental identity, there are still many candidates interested in forming part of the bloc.

The countries that make up the former Yugoslavia have separately entered negotiations with the EU and all are currently in different stages of integrating the organisation – all of them except Bosnia and Herzegovina that is.

Bosnia is a country with peculiar social characteristics which are clearly reflected in the political structure of the country. These characteristics, as well as religion and nationality - the main causes of conflict in Bosnia – impede consensus among political groups. This lack of consensus is reflected in the failure to make progress on the policies recommended by the EU as necessary for the country to be become a candidate member.

There are three principal challenges. Firstly, updating the electoral census, which has not been done in the last twenty years. Secondly, dismantling the Office of the High Representative, which ought to have taken place in 2007 but due to the country's serious institutional shortcomings, has had to have its mandate extended. Finally, the disregard for human rights.

Each political party has its own criteria with respect to the speed and priority of the reforms. Not all the parties agree that the entering the EU is the solution to the economic and institutional crisis that has afflicted the country since the end of the war.

The idiosyncrasy and history of the Bosnian population are unlike those of any of the western countries that make up the EU, which is undoubtedly a challenge that the country will have to face if it finally does manage to become an EU member state. That said, is becoming an EU member the best option for the country in the midst of the Union's economic and institutional crisis?

Some experts claim that it is not merely the best but the only option to avoid another outbreak of violence, and that if Bosnia lags behind in the integration process, it will cut itself completely off from its neighbours and become totally isolated within the Balkan region. It should be recalled that alongside the Muslim majority of the Bosnian population, there is also an important Serbian minority residing in the Republika Srpska, as well as Croatian Christian minorities. This means that if the country were to become part of the EU, it would be the first secular state that is simultaneously an observer member of the Organisation of Islamic Cooperation (OIC).

Nevertheless, not everybody agrees that the solution to the country's instability lies in joining an organisation that has been delegitimised by its own members' failure to react. Other options have been put forward which may be more beneficial in the current political context, such as an alliance with Russia, the Arab countries or Muslim countries such as Turkey.