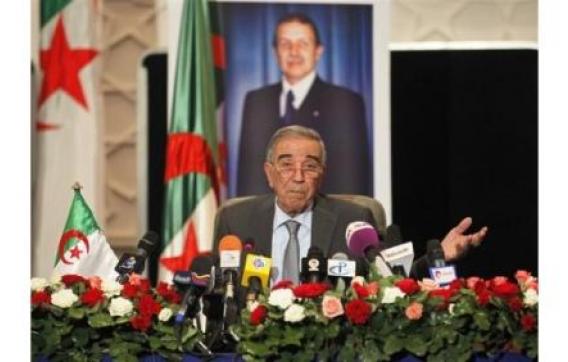 Neither the new legislation altering the powers of Algeria's communes and wilayas (provinces), nor the innovations seen in May's legislative elections - now applied at local level (quota of women representatives, judicial supervision, an Islamic coalition, newly legalized political parties) - seem to be producing any mobilising effect on the Algerian electorate. Around 21 million voters are expected to vote on November 29th for roughly 24,000 commune and 2,000 wilaya councillors – numbers that have risen due to a population increase. Some 48 political parties and several independent lists are competing for these seats and the subsequent indirect elections of the mayors of the 1541 local councils (APC) and the presidents of the 48 provincial councils (APW). While no major political party has announced it is boycotting these elections, what distinguishes these elections from previous occasions is the political crises that are affecting many of them – party splinterings included – which is greatly weakening both political choice and party life.

Local and provincial elections in Algeria are not traditionally occasions for major turnout. In some cases considerable fraud has taken place. In addition, local politics is conditioned by a curious combination of both elected and non-elected political offices. While the mayors and provincial council presidents are elected, both the provincial governors (wali) and prefects (daira) are non-elected officials with significant functions. This limits the power of elected representatives and unnecessarily complicates local administration, disconnecting voters from the elections.

The country's general political context is hardly galvanizing either. Both the content and the timeframe of reforms to the constitution remain unknown. It took four months for a new government to be formed following the legislative elections and its plan of action denotes absolute continuity. The country's celebrations of its 50th anniversary of independence are subdued, as if there were an explicit decision not to provoke the rejection of part of the country's youths who neither lived through independence nor feel any kind of affinity for the war and post-war generations who still control the country.The FLN is the clear favourite in these polls, not only due to it winning both the local elections last time round in 2007 and the legislative elections in May, but also because it is the only party fielding lists in every constituency. The RND is fielding the second greatest number but is undergoing a significant decline since the May results. The Green Algeria coalition of islamists which is running in half the districts, has seen the exit of Amar Ghoul who is now running with his new party, the TAJ. Likewise, Karim Tabbou has quit the FFS to create his own party, the UDS. The RCD is returning to the spotlight in its first elections without Said Sadi who made history stepping down. The FNA which came third in 2007 is an unknown quantity given that it too is undergoing another crisis. The rest of the small parties - many recently legalised - will have difficulty passing the 7% threshold to obtain seats.